To the beat of one's heart

At the end of a fascinating, if complex, lecture in my early years of Medical School, the lecturer had one slide that made me giggle quietly to myself. “Social Media,” he said, “is apparently all the rage with you young people. So I’ve got a twitter account, and a Facebook page, and a website. Please feel free to contact me!” Being a rather avid user of Twitter, I did just that. And, for the past two years, we’ve kept in contact via social media. Prof is insistent that I consider cardiology, the specialty that …err…beats with his heart, as one that could capture my own.

It was on an unseasonably hot November day in the middle of my exam study period that we met for the first time. I wanted to learn more about the Prof’s work. And I wanted to share it on this new-fangled social media thing.

I arrived at his office ten minutes early – hot, sweaty and worried about making a good impression. While I was watching the winning entries for a science photography competition scroll through on the over-sized LED TV in the lobby, I heard a voice behind me. “Are you Brooke?” it asked. I turned around and saw Professor Chris Semsarian, who looked exactly like his profile picture but a little bit different at the same time. Who looked quite a bit different close up than he did at the lecture so long ago. “I’m quite nervous,” he said, “I’ve never met anyone off Twitter before.” Just quietly, I thought, I was a little bit nervous too. However, my response was upbeat. “It’s great fun meeting people you’ve gotten to know quite well online,” I countered. There’s the awkward beginning of the conversation, where you feel decidedly like small talk is necessary, even though you’ve shared travel recommendations, family events and study woes. Even though you’ve cheered each other on and celebrated individual wins. Pretty soon, we were hitting it off. It was almost as if we were on Twitter, except we had a lot more than 140 characters per exchange.

As a genetic cardiologist at one of Australia’s most famous hospitals, and as a consultant who’s constantly in demand at national and international conferences, I was in for a treat. I wanted to know about the future of genetic cardiology. It turned out I was in the right place.

As Prof Chris explained, there are over 45 identified cardiovascular diseases with a genetic basis. Thanks to research and the decreasing cost of genetic tests, we’ve been able to put together more and more pieces of the cardiovascular disease puzzle. We have a growing list of conditions with an identifiable risk factor or cause (depending on whether diseases are autosomal dominant or recessive or non-Mendelian, single-gene or polygenic). The problem is that, since genetic therapy was discovered over twenty-five years ago, there’s been a depressingly unproductive cohort of research in the area. It’s not for lack of trying – we just haven’t cracked the code yet.

For Prof Chris, this can be devastating.

Imagine being at a football match or a local sporting competition and seeing a young athlete collapse. For a moment, the crowd is watching the chase of the ball or the race leaders, and then they notice the athlete prone on the grass. At first, everyone thinks this poor person has tripped himself or herself over. But then, they don’t get up. They don’t respond when someone shakes them and calls their name. And, when the paramedics arrive, they don’t respond to CPR. It happens occasionally. But for the families left behind, this rarity is far more devastating than the statistical population probability.

When tragedies like this happen on the field, it’s often Prof Chris who gets the phone call. Sometimes the call is from the local news channel, hoping to find out answers. Sometimes it’s from families wondering if they or their loved ones are at risk.  Everyone, understandably, wants answers.

It would be easy to jump to a defensive strategy – to suggest we test everyone for genetic diseases. And we could – but at a great economic, social and ethical cost.  When would we test people? At birth? At 18? When there’s a family history of disease? How would a positive genetic test affect future employment prospects or eligibility for sporting teams, or access to health insurance? If you end up doing a whole genome test, would you tell someone they have a BRCA1 gene (a marker that almost certainly guarantees breast cancer in women) found incidentally on a search for SCN5A (a marker for a channelopathy that is found in Long QT syndrome, which can be responsible for sudden death)? There are thousands of questions to be asked…and we don’t yet have sufficient answers.

So what do we do at the moment? Because genetic diseases generally run in families (though there are sporadic mutations – cancer is a condition of changed genetics, though these are somatic, meaning from the cell, rather than inherited), genetic testing can be offered to families with known histories of genetic disorders.  These are sometimes available at a subsidised cost on private or public health insurance. Sometimes, they’re only available at a rather pricey figure, because analysing an entire genome for a specific marker is more expensive than printing out all of the As, Ts, Gs and Cs that make up your DNA picture.

Solutions can be easier to construct when an answer is more precisely known. If a disease is monogenetic and known to have full penetrance, treatments, cures or preventative measures can be taken early. That is, when we have solutions we can give people. There are, sadly, a number of conditions we can identify genetically and with close to 100% penetrance but for which we currently have no cure.  If the prognosis is unknown given the genetic results, it can be very difficult to explain and deal with statistical probabilities. Does it matter if there is a 5% risk of you developing a condition if you end up being part of that 5%? And if there’s a 95% probability of developing a condition, there’s still a 5% chance you will go through life totally fine. Making decisions on the basis of a genetic test is complex – for the individual, for the physician and for the surgeon who may need to perform a prophylactic procedure.

As science progresses, I asked, will we see new solutions that make these genetic tests more worthwhile? Will we be able to grow new hearts rather than relying on transplants? Will we be able to build scaffolds for stem cells to fix massive areas of damage in existing hearts – literally healing a broken heart? Will we be able to create specific enough drugs that have few, if any, side effects? And how do we revise our practice of evidence-based medicine to encompass these developments?

Prof Chris looked at me with sadness in his eyes. Sadly, growing new hearts are a long way off, given current progress in the field. The heart is an immensely complex organ, relying on multiple layers of tissue, varying neural pathways and a gaggle of hormonal messages. It’s more than the simple pump we’re taught in physiology. And, because of genetic conservation across organs, many drug targets in the heart will also have targets in other organs – often with rather deleterious effects. Solutions aren’t as obvious as you’d think.

So what answers can be given to desperate families on the other end of the phone? Thankfully, frequent monitoring, pacemakers and automated internal defibrillators, medications and lifestyle modifications can significantly reduce the risk of death in many of our genetic cardiovascular diseases. Genetic testing can be helpful, if not a complete or perfect answer.

Medicine has opened up a Pandora’s box when it comes to our futures. We now know more than we ever knew before – but we often don’t know the ‘why’ or the ‘what to do next.’ As science attempts to answer many of questions we find with each new discovery, it will be up to you, to your families and to society at large to develop guidelines for our next steps.

May the heart lead the way. 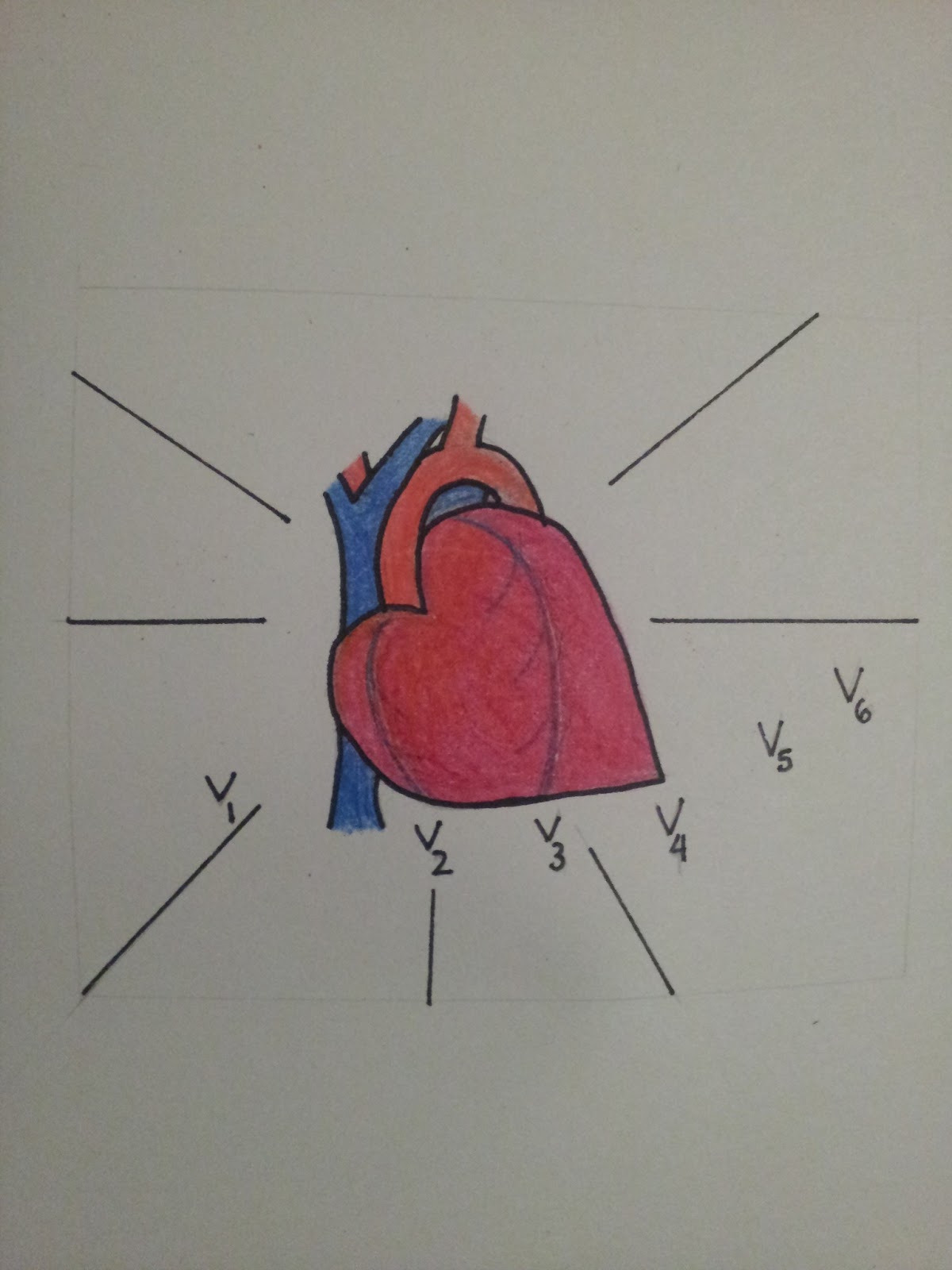