A month in Australia's nearest neighbour; two provinces; a bout of food poisoning; many friends made; many life lessons learnt. A week home and it's finally time to write about the experience.

Don't forget the doctor will pick you up at the office and take you down for rounds at 7:45, our friend in the admin office had told us. We'd been told that PNG runs on a different version of time, where the advertised start was really the time you should start thinking about getting ready. Not wanting to disappoint, we headed down early.

We made our way in to the soulless hospital complex once again, the smell of dust and sickness less overwhelming than the day before. We watched as the morning cleaning began - one tired old mop to drag some freshness through this listless corridor. Sitting next to the Chief for hand-over, we felt the security that comes with familiar processes and enjoyed the beautifully cool air-conditioning of the meeting room. Despite the early hour, the temperature had already climbed into the 30s with close to 100% humidity.

And then it was time for rounds.

Our ward had 28 beds. A long corridor, with beds separated by a small table and the width of a sleeping parent on the floor. A half-size wall separating us from the ward just next door and a nurses' station looking over them both from the front of the room. Fans spinning on high. Parents wandering to visit each other, chatting, eating, bringing food back from the markets to share. Each family set up in their space. Camping out until their loved one gets better.

We started down the end, with a patient we would come to know quite well over our few days in Paediatrics. Do you know what Apert's Syndrome is? asked the doctor. We both stared blankly before shaking our heads. A tiny baby, whose eyes bulged forward out of his little face, lay crying on the bed in front of us. A baby whose size betrayed his age, for we expected him to be much younger than he appeared. Behind over-sized glasses, it was obvious Mum also had the syndrome, though she seemed to have a lower penetrance. The doctor pulled us aside and spoke quietly, a baby like this has a poor prognosis in this country. We don't have the right tools or the capacity to care for him following what would be a complicated surgery. Mum knows there's not much we can do.

As we continued the rounds, we noticed that pathologies tended to be similar. Complications of RVI (retro-viral infection, a "nicer" way of saying HIV), failure to thrive due to congenital heart defects, TB, malaria and typhoid. The doctors took time to explain different pathologies and local treatment regimes. They spoke of the difficulties in obtaining first-line drugs, in the capacity to often only deliver supportive care and the challenges of working in a limited setting. They spoke with muted frustration - they'd accepted that many of the treatments they'd been trained to give weren't available but still wished they could practice medicine to the levels they'd been trained. It was obvious they would do as much as possible for their patients.

It was time for procedures. The doctor said we would begin with venepuncture (blood tests) and cannulation. Trying to be helpful, we began organising the materials required. I looked at the pile of resources laid out in front of me. The first thing I wanted? A tourniquet. I looked. And moved things around. And looked some more. And couldn't seem to find one. Figuring it must be momentary selective blindness, I move ond. Okay. A tray? A little tray for my sharps and cotton bud and vial? It didn't look like there were any of those. And no butterflies. And no cotton buds. There were, however, standard needles, one type of vacuum-sealed blood vial, sticky tape, gloves and alcohol swabs. When the doctor returned with his first charge of the day, I mentioned my difficulty in finding what we required. He looked at me in a way that said, oh dear, you really are new here, before chuckling to himself. We don't use tourniquets in this country. Just use a glove! On babies, tear off the beaded top part of the glove and tie that around their arm. And you don't need a butterfly. Just pop the top off the vial. Don't bother with a syringe for collecting the blood...you can drain it right into the vial. We watched as the doctor popped the plastic tip off a standard needle to drip blood from a tiny little baby's arm and into the vial. And we wondered for the umpteenth time, what are we doing here?

The procedures continued. We watched the doctor do lumbar punctures on tiny children. On the tiny babies, it would cause more pain to give local anaesthetic and because they won't remember the procedure, no pain relief is given. And, because these babies are so sick, they sometimes don't move from the pain. When they do - when they cry and scream and wail - their families try to remain strong as their hands are essential in keeping the baby still and safe. Because we have very few resources, lumbar punctures are performed either with standard needles or cannulas, depending on the size of the patient. And because there are never enough sterile drapes or kits, the doctors must improvise. Betadine all over the baby's back and an alcohol wipe to remove excess from the injection site, lest the child have a reaction. Sterile gloves. Assess the position. Insert. Numerous times, patients required a lumbar puncture but the lack of an opthalmoscope to perform fundoscopy meant we wouldn't take the risk. There's no use getting a positive CSF culture if the lumbar puncture will cause a herniated brainstem. And so we waited. The doctors prescribed empirical treatment. And we hoped.

Having learnt how things work in our first day on the Paeds ward, the doctors thought it was time we took some tasks upon ourselves. We were told to admit the afternoon's patients. Even though we'd only picked up a few words of Pidgin and had never ever admitted a patient before. Don't worry, they told us, we'll help you out afterwards.

My first charge was the tiniest of little babies. He'd yet to make it to two weeks old. He had a fever. He hadn't breastfed for almost 24 hours and had refused all fluids. Each time his mother moved, the motion he felt in her lap caused him to wail in a voice that could only mean, I just can't deal with all of this. And yes, he had neck stiffness. As I took the history and did an examination, each finding made me more and more worried. His refusal of fluids concerned me the most, not because it's diagnostic but because it was an immediate threat to his hardly-begun life. Tiny babies don't have a lot of reserve and POM is a very hot place. He needed fluid. And fluid meant a cannula. On tiny little veins on a very unhappy baby. Admission completed, I hurried up to the doctor and, with great worry in my voice, expressed my concern for this little boy. The doctor agreed and said we'd get around to it soon. But I wanted to do it right now - in Australia, suspected meningitis is a very serious thing. In NSW, suspected bacterial meningitis in kids is given a triage category of 1, meaning they should be seen immediately or within two minutes. And we weren't doing anything right now. And the thing was, even if we don't have first-line drugs or fancy tools, we can give fluids and we can do that quickly. The panic was rising. I could imagine this little baby getting weaker and weaker by the second. What felt like hours later, but was really only fifteen minutes, the tiny baby got his cannula and fluids. He would be resuscitated with fluids before anyone attempted a lumbar puncture.

As time rolled on, I noticed that I became an advocate for my patients. I'd check in on them when there were no pending tasks, offer to go hunting for some sterile trays or to take things to the labs. Read over charts to see what local treatments look like. Though we went home that evening to conversation and new friends in the student dorms, my thoughts constantly flitted back to our tiny charges. When I woke up in the morning, they were my first thought. And I hoped like nothing else that they would be okay.

There is nothing like the joy of, first thing in the morning, seeing the mother of your tiny patient breastfeeding. He was feeling better. He wasn't well yet but there was hope. And hope counts for a lot when you don't have much else.

When you're surrounded by sick children and when you feel needed by the low-resource setting you're in, there's no time to day dream. No time to worry about unanswered, undiscovered emails waiting impatiently in cyberspace. No time to ponder the distant future. Your focus is entirely consumed by the present. By applying limited knowledge to the person in front of you. By offering smiles where you have little else to give. At the end of the day, we'd be exhausted. But we'd also feel fulfilled. We mightn't have saved a life today, but we helped out. And that's all that matters. 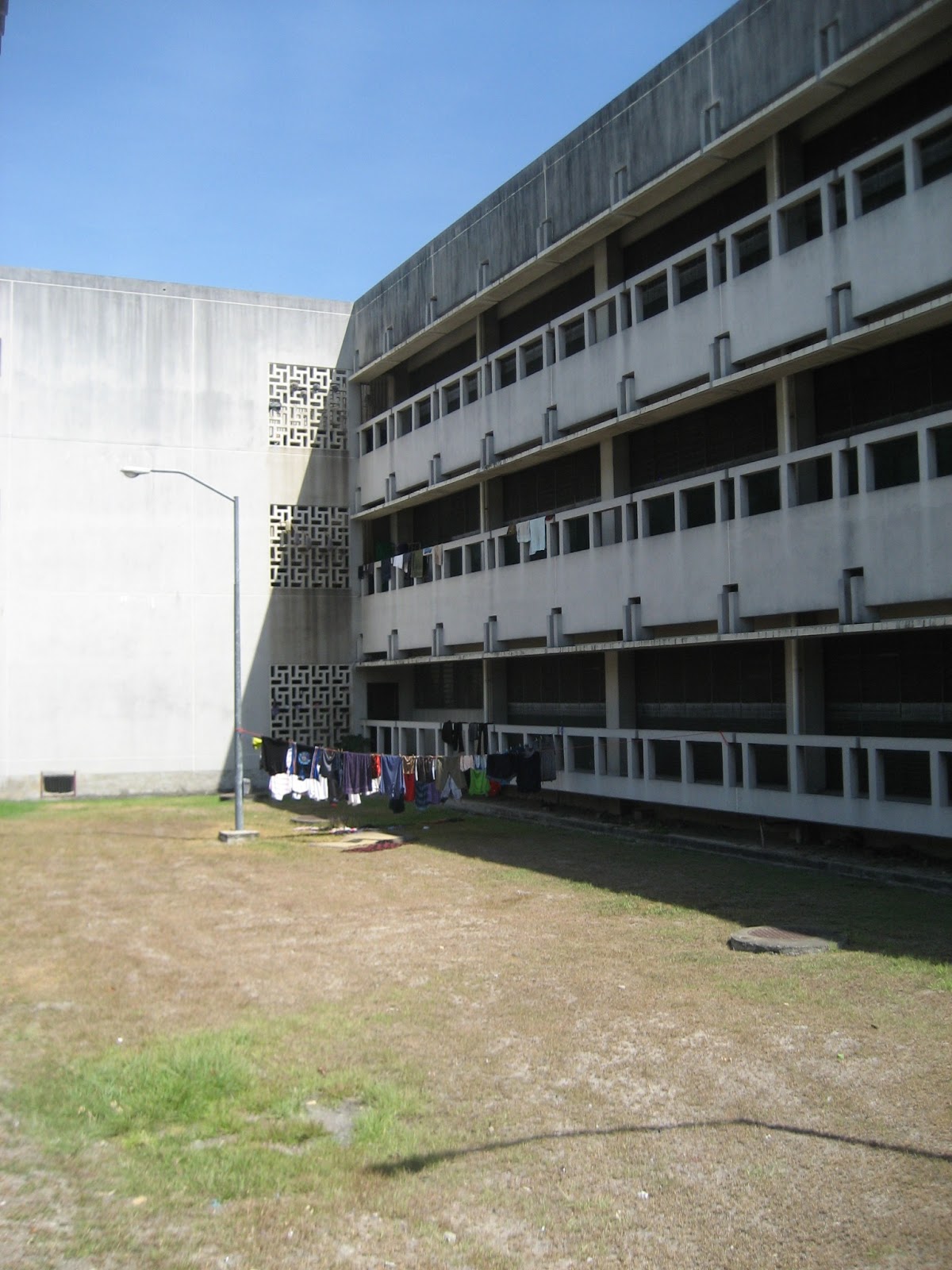