On a scale of feeling secure to totally overwhelmed, we chose the order of our placements well. Starting in Paediatrics meant calm and order to the day. Moving to the labour ward meant periods of calm followed by intense concentration. It was time to learn something new.

We walked across hospital campus to the separate Women's Health area, greeting all the kindly souls that smiled and called out to us along the way. Cautiously, we made our way into the Labour Ward, half-expecting to be welcomed by the cries of women giving birth. Luckily, we were welcomed by silence and the cool of an air-conditioned ward. As it turned out, it was the second-last day of the consultant-in-charge, who happened to be a visiting Ob-Gyn from New Zealand. There was a certain comfort to her coming from a system almost identical to our own. It meant she understood why we felt like deers-in-the-headlights and could guide us through this new system. Hang around here, she said, and you'll soon be catching babies. She then disappeared, leaving us in the capable hands of the resident and registrar.

The labour ward has been recently renovated. And, as we learnt later, there was an extension built for women not currently giving birth but very close. The problem with it was they forgot to install sinks. After only minutes in a labour ward, you'll realise the need for running water. The ward had 24 beds to cater for the approximately 40 births per day. Apparently, there are 13 000 births per year between these walls. For context, my hospital has a little over 30 maternity beds with approximately 3 000 births per year. In PNG, you arrive in the labour ward actually in labour and get moved along to the recovery ward fairly soon after.

There's little that can prepare you for the initial shock of a woman going into labour, nor the sights you see or the fluids lost. And it takes a bit of practice to avoid getting your clothes dirty. However, you get used to it. And you start being helpful quickly because you need to be.

As we walked through our first labour ward rounds, we had no idea what we could do to help. We'd only had a few lectures on reproduction and have yet to do our perinatal and women's health rotations at school. We were totally our of our depth. While trying to blend in with the curtains, the doctors suggested we could massage women's backs while they were in labour. In a place with no epidurals, limited pain medication and a strong reluctance to performing C-sections, it was a little something we could do to make life a little more pleasant. I suddenly found myself spending long stretches of time trying to reduce the tension in the low back. I quickly learnt that babies facing any direction other than the ideal caused a great deal more pain to their mothers. And I learnt that, even though my buddy was off catching babies (holding their slippery selves as they got pushed into the world), I was doing something useful. And something that no-one else would do. As they say, you mightn't be able to heal but you can always comfort.

Spending so much time with the women during their contractions, I became the person they trusted most. The person to advocate for them. The person who's arm they gripped as their strong uterus squeezed out a baby that suddenly seemed much larger than the cuties we'd been with in Paediatrics. Again, I found myself rushing off to the nurses or doctors to see if patients could have more painkillers, or to see if someone could check dilation, or to mention that it was time to get the lignocaine, vacuum and suture kit ready.

The first baby we helped deliver belonged to a woman not much older than me. Her age was in the typical age bracket for POM Gen - between 18 and 28. She was a student at the University, where she'd met her partner. We learnt how to be a cheer squad telling her to push after her exhausting 30+ hour labour. I tried to remember that the bruises from her grip were nothing compared to the pain she was going through. And when the baby was finally delivered, she asked for our names. I'll remember you forever, she said. Forever, we thought, we'll remember you too.

We learnt about checking for placental membranes (all two of them) and for missing lobes; we learnt to feel for a rising fundus and hardening of the uterus; we learnt to firming rub the lower abdomen following delivery of the placenta. We learnt how to coax a newborn into breathing; how to swaddle them up; how to weigh and measure them. We learnt how to stay out of the way of gushing fluids. And we spent a lot of time playing with tiny little newborn babies.

We learnt that birth is pretty straightforward. Except for when it goes wrong. And when it goes wrong, it tends to go pretty pear-shaped pretty quickly. In a country where maternal mortality is quoted between 200-700 per 100 000, POM Gen reduces this down to fewer than 80 per 100 000. They might not have all the trappings of our Australian hospitals but these midwives, nurses and doctors save lives. And the women who give here are so thankful that they are among the lucky ones. 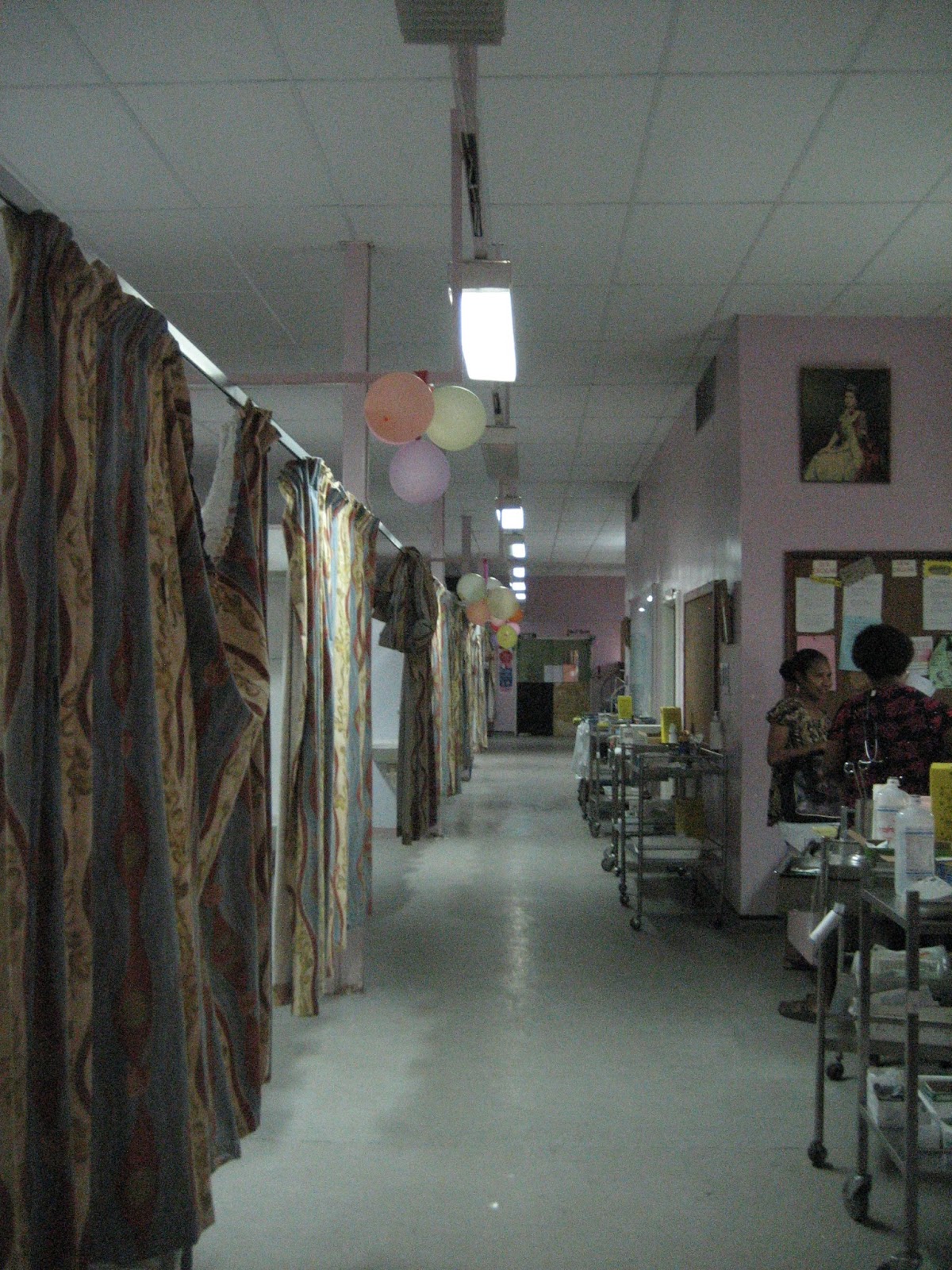